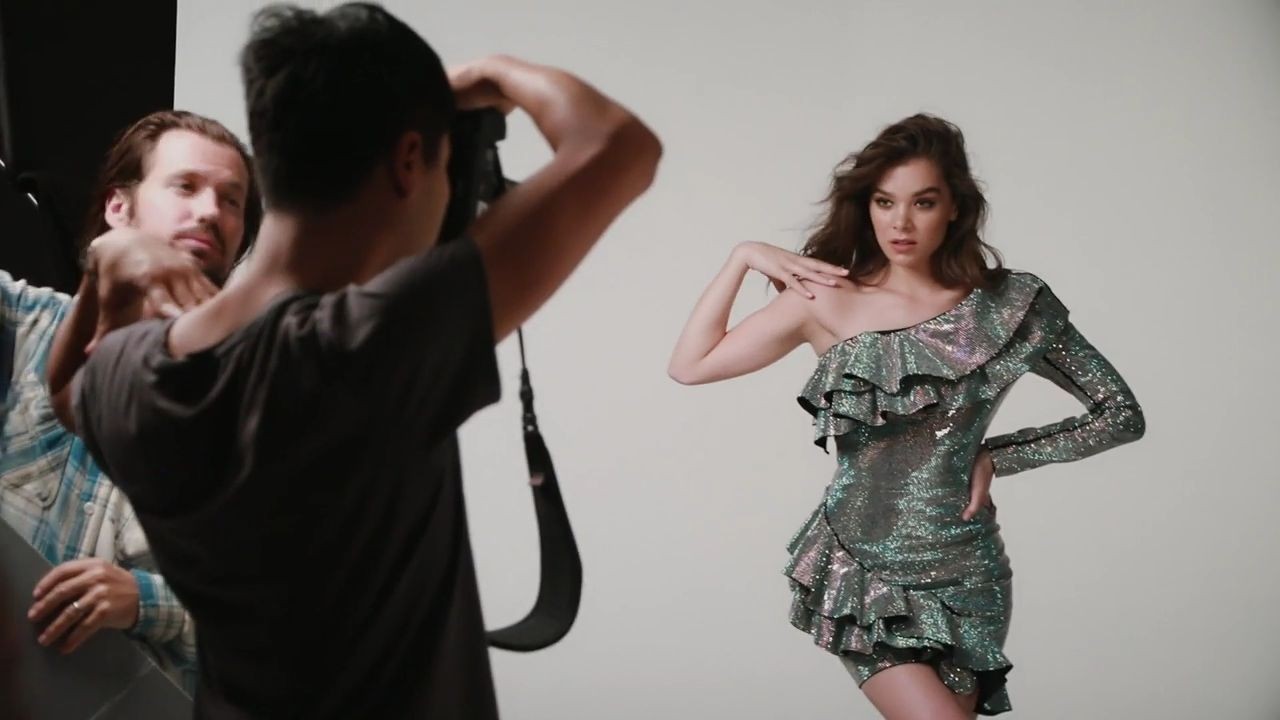 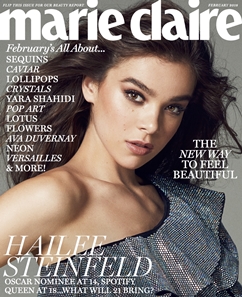 Our February cover star has a booming music career—more than 1.4 billion streams on Spotify, a song on the Fifty Shades Freed soundtrack—and an acting resume that already includes Oscar and Golden Globe nominations. Up next: turning 21.

Hailee Steinfeld is perched on a sofa that commands one corner of the back patio of The Meritage, a “Tuscan-inspired” resort in Napa Valley. A cherubic, grape-picking maiden scrutinizes her from atop a faux-marble pedestal, next to some Mediterranean-looking plants that may or may not be real. The actress and singer is staying here while she films Bumblebee, the Transformers movie due out December 2018. In her Re/Done graphic tee and Mother jeans, Steinfeld has the poise and overly polite manners you’d expect from someone who spent her childhood on movie sets surrounded by people three times her age. But the composure disappears with comical speed when I pose the same question her fans have been asking for months: When is she going to release her first album?

Steinfeld taps her Reebok on the ground, and her knee begins to bounce. Her almond-shaped eyes widen and her expression changes to that of a straight-A student faced with a pop quiz. “I’m so over saying the word ‘soon’ because I’ve used it too many damn times. I don’t even know what it means anymore. I want to put new music out, but…” She looks off. In front of us, the resort’s pool sparkles, but if Steinfeld is eyeing her escape route, she’s out of luck: A sign on the gate to the pool reads “Adults Only: Age 21 & Older.” At the time we’re talking, Steinfeld is only 20. (She turned 21 in December.)

It’s easy to forget how young she is. Her accomplishments to date include an Academy Award Best Supporting Actress nomination (2010’s True Grit), a Golden Globe Best Actress nomination (2016’s The Edge of Seventeen), and two platinum-selling records (2015’s “Love Myself” and 2016’s “Starving”). But youth is not the reason Steinfeld is nervous to talk about the music she’s working on; it’s the emotional honesty and exposure such creativity requires.

“As an actor, I’m masked by characters, protected by them. But as a musician, it’s my story, my voice, my face,” she explains. “It’s me on that stage talking about that horrible experience I went through and [saying,] ‘Here, I’m going to sing about it.’ It’s such a different kind of vulnerable. To connect with fans, there’s pressure in feeling like I have to do things that I’m uncomfortable with, in terms of opening up enough about myself.”

On finding love:
“I’m trying to protect myself and have a bit of a guard up, but I also want to fall in love and know why love hurts.”

On advice she’d give to her younger self:
“Listen to yourself. So many people will try and steer you in a certain direction—not saying that that’s the wrong direction at all—but you have to know what’s right for you. Trust yourself, follow your heart, and do what makes you happy. Don’t forget to live for yourself.”

On using her platform for good:
“I’ve worked hard and gotten to a place where I have a voice: How can I use it? What can I, as a human, as an artist, do?”

Read the full interview and see more photographs in the February issue of Marie Claire, on newsstands January 9.