Today, Katy Perry announces Hailee Steinfeld as the opening act for the highly-anticipated UK leg of WITNESS: The Tour, produced by AEG Presents. Check http://katyperry.com/tour to see who’s coming to see you:

I recently interviewed Rob Cohen at the press junket for his latest film, “The Hurricane Heist,” and I was so curious about who he may have in mind to potentially cast for the lead role in “Razor.” Cohen revealed to me that he actually has had talks with Oscar nominee Hailee Steinfeld (“True Grit”) about this possibility but she’s not the only one that’s on his list..

“I just made the list with the casting director yesterday, it’s a wide variety, like fifteen names on the list. Some of them are like the girl in “Split,” Anya Taylor-Joy. She’s high on the list. We had been in conversations with Hailee Steinfeld. So we’re going at that level. We’re not trying to get Jennifer Lawrence. We’re trying to get that new young woman who’s charismatic and physically confident and who can be… what I’ve done in my new script of it, that the creator of the comic Everett Hartsoe loves”. 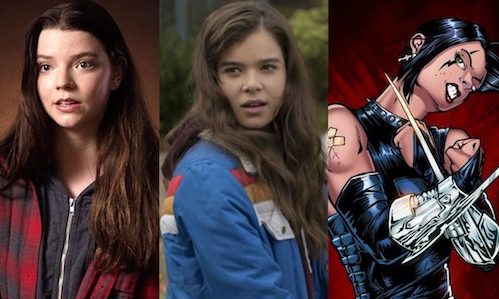