Niall Horan, 24, told Justin Bieber, 24, that he was interested in Hailee Steinfeld, 21, months ago, and apparently, Justin gave him some incredible advice. A source close to Justin EXCLUSIVELY told us about Niall and Justin’s heart-to-heart conversation about Hailee. “Justin and Niall are closer than many people know,” our source said. “But it wasn’t until Justin popped up and surprised Niall at a show he had at an intimate Los Angeles music venue last September that their conversations began to really become more personal. Justin and Niall enjoyed a cozy dinner, and it was then that Niall broke the news to Justin that he and Hailee were talking more and more and were getting really close. Justin’s advice to Niall came directly from the heart, and after telling Niall that he was super happy for him and Hailee, Justin told Niall to always trust his heart and treat Hailee as if he wanted to build a future with her. That way, there would never be any regrets if things didn’t work out.”

Hailee and Niall were spotted kissing and packing on the PDA recently on a vacation to the Bahamas. Obviously, Justin is beyond happy for the two of them. “Justin wishes the best for his buddy and Hailee, but Justin has become much more of a realist in recent months when it comes to his relationships,” our source added. “And he’s very ‘we’ll see where the wind blows’ with it all because after experiencing so many different feelings for different women, Justin doesn’t really know what the cards hold for him in terms of his love life.”

When it comes down to it, Justin is not ruling out love. “He’s taking everything as it comes,” our source added. And how did Niall take Justin’s advice? Our source went on to say, “Niall appreciated Justin’s honest opinion and vowed to stay true to himself, his music and his lady.” 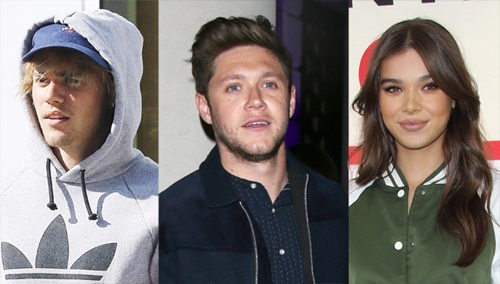