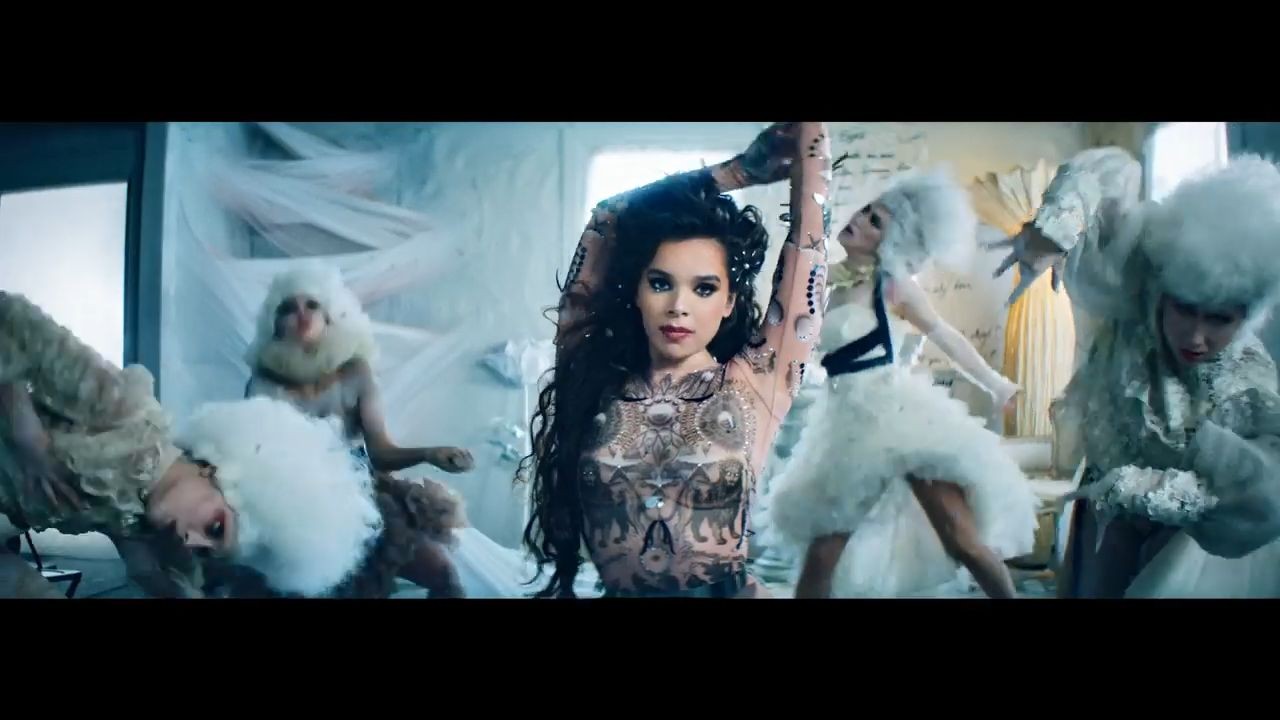 Actress, singer and producer Hailee Steinfeld is set to release a new single entitled “Afterlife” on Sept. 19, a track she created for her upcoming Apple TV Plus series,”Dickinson.”

“This is a song I’m incredibly proud of, and I feel like after embodying this character, I have a more fearless approach to my writing,” Steinfeld shared at the Tribeca TV Festival in New York City on Saturday Night.

“Dickinson,” a period piece about Emily Dickinson with a modern, comedic twist, is Steinfeld’s first-ever full time television series, and with it she experienced another big first by unveiling the show at the event: “Dickinson” is the first Apple TV Plus series to debut to the public, and it did so well-ahead of the Nov. 1 launch of the new streaming service.

Series creator and showrunner Alena Smith described “Dickinson” as a “crazy psychedelic version of the 1850s.

“It’s this giant weird crazy collage, and the music is this direct root straight into her brain,” Smith explained. “With Hailee as our lead, who has a double life, as also a pop star and musician…my hope is that the music will make you feel everything that Emily has trapped inside and wants to burst out.”

For Steinfeld, who doubles as an executive producer on the half-hour series, the music was a main factor in drawing her to the project. The music of Billie Eilish, for example, is a backdrop to the show, and “Dickinson” even brought on rapper Wiz Khalifa to play Death in a guest role. (Other guest stars include comedian John Mulaney and “Girls” alum Zosia Mamet, who’ll do a parody of Louisa May Alcott.) The modern-day additions serve as tools to help convey thoughts within Dickinson’s mind, which are depicted here as wild, whimsical and far more imaginative than what is usually assumed to be the static life in which she was living in 19th century Amherst, Mass.

“She sits in the corner of her room [writing] and looks out the window and there’s a world out there — but even a bigger one in her mind,” Steinfeld said, adding that the show has “incredible comedic moments and this dark humor and dramatic moments and everything in between, and it really reflects everything in her poetry, which is every possible emotion.” END_OF_DOCUMENT_TOKEN_TO_BE_REPLACED

There are rumors that Hailee Steinfeld might be joining the Marvel x Disney+ universe as Kate Bishop, Hawkeye’s protege. However, there are fans who are skeptical of the casting choice because the actress is “not Asian enough.”

Next Shark cited tweets accusing Marvel and Disney of whitewashing Kate, who’s allegedly Asian in the “Young Avengers” comic series. “Hailee Steinfeld doesn’t even look like Kate Bishop, if they won’t hire an Asian woman to get Asian [people] more representation they could at least hire someone that looks like comic Kate,” a netizen wrote.

Based on the tweets, it seems like people weren’t aware that Hailee has Filipino ancestry. But it’s also understandable for people to perceive her as a predominantly White woman.

Here’s the kicker though: It was never confirmed that Kate is Asian in the comics. Even “Young Avengers” artist Jim Cheung said in a Tumblr Q&A that he “definitely never thought of her as Asian at all, but I can understand how people might interpret her that way from my art style.” He added that her ethnicity was never discussed in the comics, and many are saying that fans only assumed her ethnicity. So her identity is open for interpretation at this point.

Now, we ask you: What do you think of Hailee Steinfeld playing Kate Bishop?